Sminty Ltd is a disability and diversity consultancy that works with major corporate organisations in the UK and internationally to assist clients deliver strategic and innovative programmes that improve the recruitment, retention, and promotion of disabled staff and deliver better services to disabled customers.

We are supported by a team of talented associates, all specialists in their own field. Uniquely, we also work closely with a team of actors and comedians for training sessions or events that offer something fun and different.

Headed up by founder Simon Minty, Sminty Ltd offers a wide range of Services. Please get in touch to find out how we can help you benefit the most from your interactions with disabled colleagues or customers.

More about our Services

Simon and the comedians from Abnormally Funny People have made an online disability training video with the brilliant people at Skillboosters. Here's the video taster. To find out more drop a line to Peter Thorpe at Skill Boosters.

Simon Minty is a thought leader and masterful influencer who uses his intelligence, communication skills and wit to elevate the employment and service provision of disabled people. He has delivered consultancy, training and strategic plans in the field disability, since early 2000s.

Based in London, Simon's work is international. He works with many clients from a small NGO to a multinational corporation. This international work has helped Simon develop a broader understanding of different cultural approaches to disability.

He has a creative side too, helping improve the portrayal of disabled people on screen and has worked with BBC, Channel 4, Five and Sky Television as well as independent production companies like All3Media, Endemol and Warner Bros. He’s produced numerous videos and co-produced and performed in the sell out Edinburgh Fringe comedy show Abnormally Funny People in 2005, returning again in 2015. He is an occassional host of BBC Ouch Podcast and The Way We Roll with MInty & Friend.  He is also a guest on BBC News Channel  'The Papers' where he discusses tomorrow's newspaper headlines.

Simon became a Non-executive Director of Motability Operations in 2018. In 2020 he joined the board member of the National Theatre in London. He is a trustee of Improbable Theatre and of Stopgap Dance. He is an Ambassador to the Business Disability Forum and Business Disability International and helped establish the Disability Media Alliance Project in California.

Simon has a Post Graduate diploma in Disability Management at Work and a BSc (Joint Hons) in Philosophy and Sociology, both from City University in London. A keen traveller, he won the Travel X Travel Writer of the Year 1999 – Best Television Feature for his Channel 4 travel programme in China.

Simon has personal experience of disability being of short stature and limited mobility. He uses a mobility scooter for distance. He enjoys an active social media presence, and blogs frequently on current affairs and topics. He is known for his expertise in staff and customer engagement, building strong working relationships to help all ventures succeed.

Head over to Simon's blog to read his latest thoughts and news. 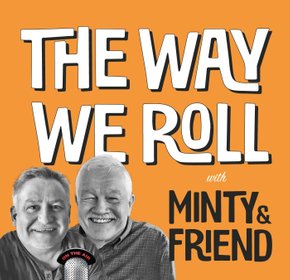 THE WAY WE ROLL

A seriously funny take on life from the disability driven duo... Simon Minty and Phil Friend. Featuring weekly discussions of current affairs and interviews with guests. 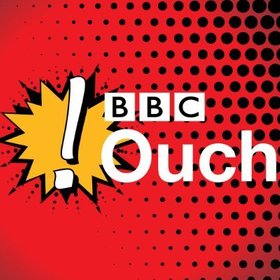 The place where the real disability talk happens. Interviews, life hacks and things you don't say out loud. With Simon Minty, Kate Monaghan and the Ouch team.

Here are links to the websites of organisations that we feel might be of interest and value to you.

Abnormally Funny People is a group of gifted stand-up comedians strutting their funny stuff. All but one of them is disabled. They are all very, very, very funny people.

Disability Rights UK is the UK's largest disability campaigning organisation, with a membership of over 900 disability organisations and individual campaigners.

The Business Disability Forum is the world's leading employers' organisation focused on disability as it affects business. Simon has been an Associate for the Forum since 1997.